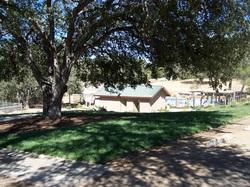 Heritage Park is located on Heritage Road and is the most used park on the Ranch.  In 2002 the Heritage Ranch Planning Committee started designing a renovation and restoration plan for Heritage Park (after the park was almost completely destroyed and abandoned in 2000-2001.  Click here for old photos.).  The Phase I plan was brought to a vote of the membership on February 25, 2003, and a majority of the members approved the Phase I plan which allowed HROA to construct the new "large" swimming pool, bathrooms and pool decking area.  On October 11, 2003, Phase I was completed and the pool was officially opened for use.  In 2007 the Heritage Ranch Planning Committee presented an official Master Heritage Park plan to the HROA Board of Directors.  This was formally adopted by the HROA Board of Directors on July 13, 2007 and a copy was forwarded to San Luis Obispo County to aid in future development conditions 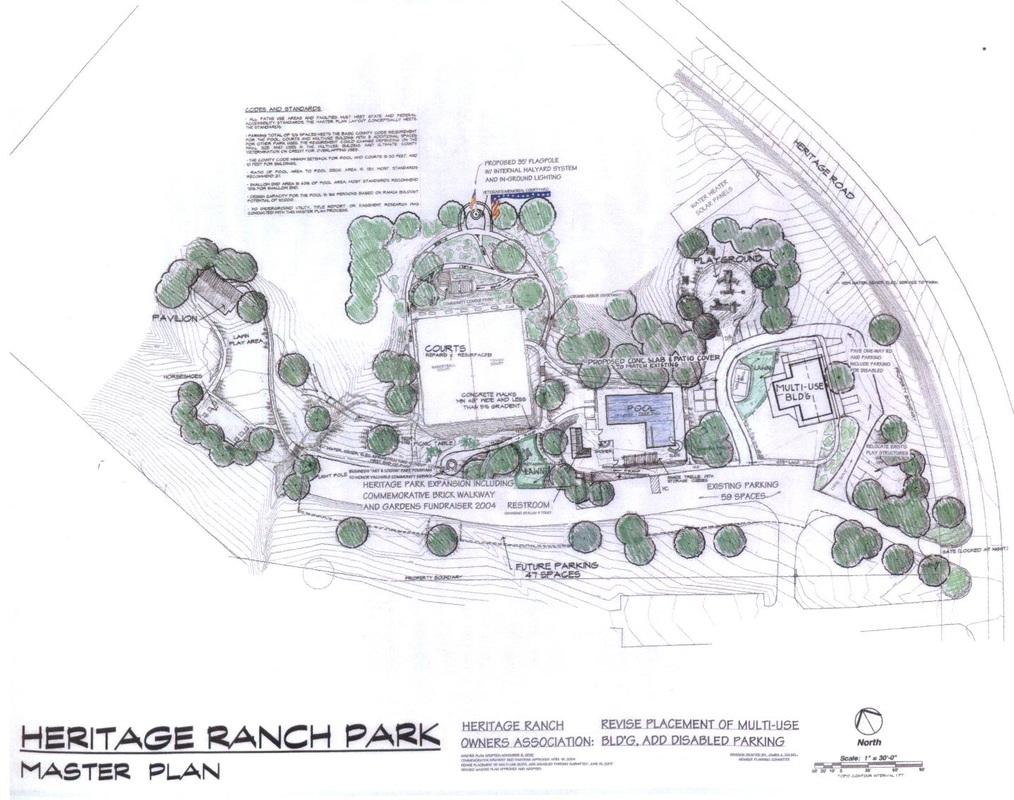 Click on Photo above to see an enlargement of Heritage Park Master Plan, adopted on July 13, 2007 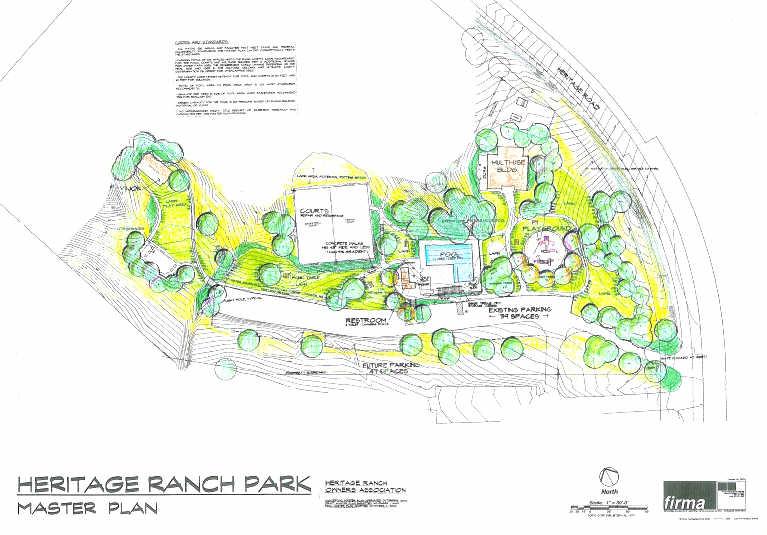 Click on Photo above to see an enlargement of Heritage Park Phase I plan approved by the membership on February 25, 2003.